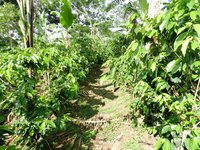 People around the world love coffee. Statistics show that 100 million people in the United States drink it daily and a large majority vow that they absolutely must have a cup to help start the day.

The great news is that numerous studies have found coffee to have some very beneficial effects, and health wise it has come out with some glowing endorsements. So what are some of the health benefits of coffee?

It Can Make You More Intelligent

It is well established that caffeine consumption temporarily enhances the processes in the brain that are associated with intelligence: attention, logical reasoning and reaction time. This is especially noticeable when sleep deprived and a good slug of Joe gets the brain going and jump starts it into working more efficiently. As for it making anyone smarter is perhaps a bit of a stretch, but it certainly gives the brain a great wake up call.

It Keeps the Brain Healthy

University research from South Florida found that people over 65 with higher caffeine content in blood levels developed Alzheimer’s disease two to four years later than people with a lower caffeine level. The results pointed to an assumption that moderate coffee consumption can reduce risk Alzheimer’s or delay the onset appreciably and keep the brain healthier for the longer term.

It Has Major Antioxidant Benefits

A study at the University of Scranton showed that coffee is the major source of antioxidants in our diet, far outweighing the amounts derived from fruits and vegetables which contain tons more antioxidants. Apparently the body is able to absorb those from coffee much more readily.

The Smell of Coffee Can Reduce Stress

Hmm, we hear your skepticism this time. This extravagant claim is derived from an experiment with sleep deprived and stressed out rats no less, at Seoul National University. It was discovered that the rats exposed to the aroma of coffee underwent changes in the brain that altered the stress proteins with healthful antioxidants.

So, there we have it…some scientific evidence of the health benefits of coffee. There can only be one appropriate conclusion to be made: enjoy more coffee, more often.