In the early 90’s, a couple of university students embarked on a Costa Rican adventure that continues to this day. Adrienne had changed her major six times while at Colorado State, finally settling on public relations and finishing her studies at the University of Costa Rica. Lance had studied international relations at the University of Wisconsin and planned on becoming a lawyer or secret agent. They met at the famous, but now defunct, Mar y Sombra restaurant on the beach of Manuel Antonio and became fast friends. 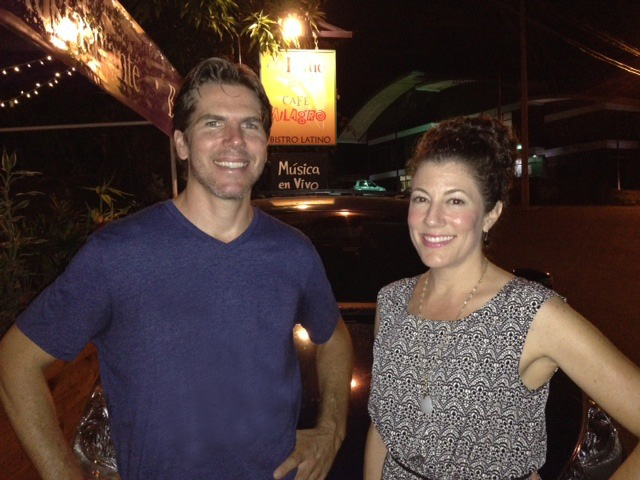 At some point, Lance was “asked to leave the country” by Immigration, having committed the heinous crime of teaching English to the children of Quepos. Adrienne extended her summer vacation in Costa Rica and began investigating why she couldn’t find a decent cup of joe in this country so famous for its coffee. It turned out they were exporting the best beans and leaving the rejects for local consumption. Adrienne decided that had to change. She bought a coffee roaster and some books on the art of roasting and hung her shingle in the tiny former banana republic of Quepos. Café Milagro, a micro coffee roaster was born. It was December of 1994.  Lance graduated from the UW and moved back to Costa Rica to become a partner in 1996.

Today, Café Milagro remains an independently-owned and operated business and active member of the community. Based in Costa Rica, we are your direct source for premium, single origin, estate grown, micro milled coffees.

Although Café Milagro’s primary mission is to roast Costa Rica’s finest coffees, we are equally committed to contributing positively to our environment and community.  As a member of 1% for the Planet and Titi Conservation Alliance, you can be assured that your purchase of Café Milagro not only tastes good, but does good!