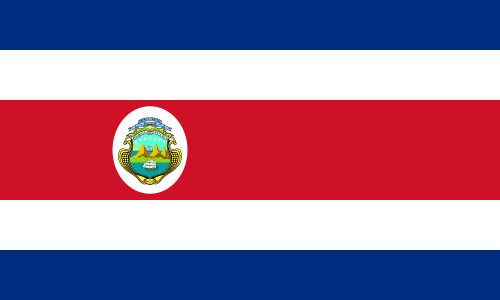 One of Costa Rica’s most celebrated national holidays is Guanacaste Day. The Guanacaste province is located in the northwestern part of the country, bordering Nicaragua to the north. During the early 19th century, the Guanacaste province was part of Nicaragua, a country continuously entangled in its own bloody civil wars. The people of Guanacaste no longer wanted to be part of such turmoil. They asked that their province become part of the neighboring Costa Rica where they could carry on peaceful lives. In 1824, the Central American Federation approved the annexation and the Guanacaste people were Costa Ricans from that day forward.

Today, this historical moment is honored with the national holiday Guanacaste Day, a day that celebrates Costa Rica’s tradition of peace and democracy. Although the Guanacaste Day celebrations originated in the province’s capital Liberia, festivities can now be found throughout the country, including in Manuel Antonio.

Although Guanacaste Day itself is July 25, there is a week-long series of celebratory events for all ages leading up to the big day. Parades take place in Costa Rican cities where the children often dress up in costumes to take part. There are street festivals with booths selling hand-crafted trinkets and authentic Costa Rican foods, all leading up to an evening of concerts and fireworks.

Folk dancing plays a large part in the Guanacaste Day festivities. Dances such as the cabillito nicoyano (“little horse from Nicoya”), El Torito (“The Little Bull”), and the popular Guanacaste step dance, Punto Guanacasteco, are performed. They are often accompanied by music played from Costa Rica’s national instrument, the marimba, a percussion-type instrument that resembles a xylophone.

Rodeos are common during the Guanacaste Day celebrations as well. Much like the Guanacaste people who first sought annexation, Costa Rican rodeos embody a spirit of peace, unlike the more violent bullfights of Spain and Mexico which often end in the death of the bull. The Guanacaste rodeos involve men leading the bulls in a chase around the arena until one of them is cornered. At this point, the bull is lassoed and exchanged for a new bull and the game begins again. No animals are killed, although the bullfighters need be quick on their feet to escape injury.

Guanacaste Day is a holiday that is honored by all Costa Ricans, but none more than the Guanacastecans themselves. Their slogan “De la Patria por Nuestro Voluntad” shows the pride for their ancestors decision to join the Costa Rican nation almost 200 years ago. It translates, “Part of the Country, By Our Own Choice.”